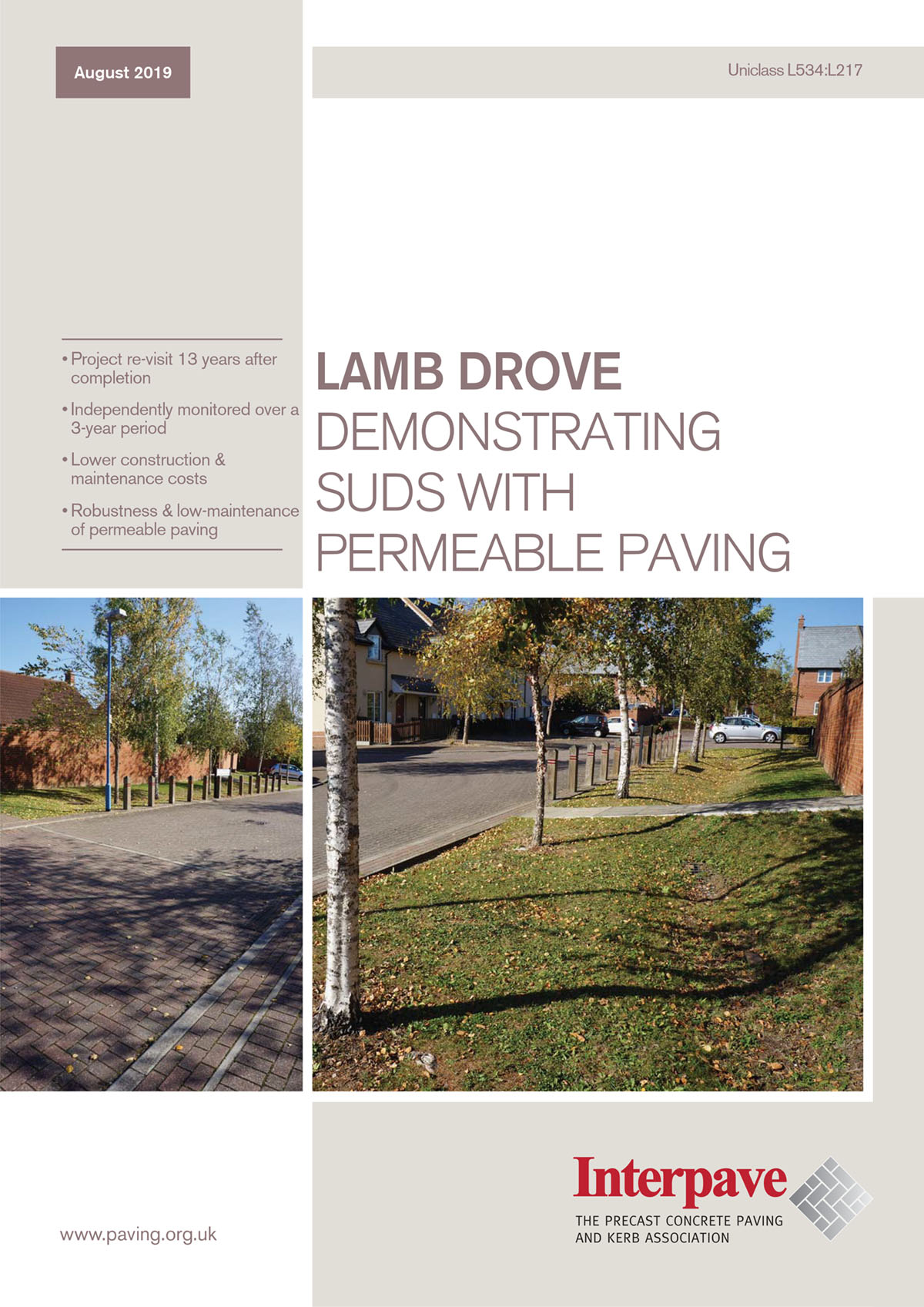 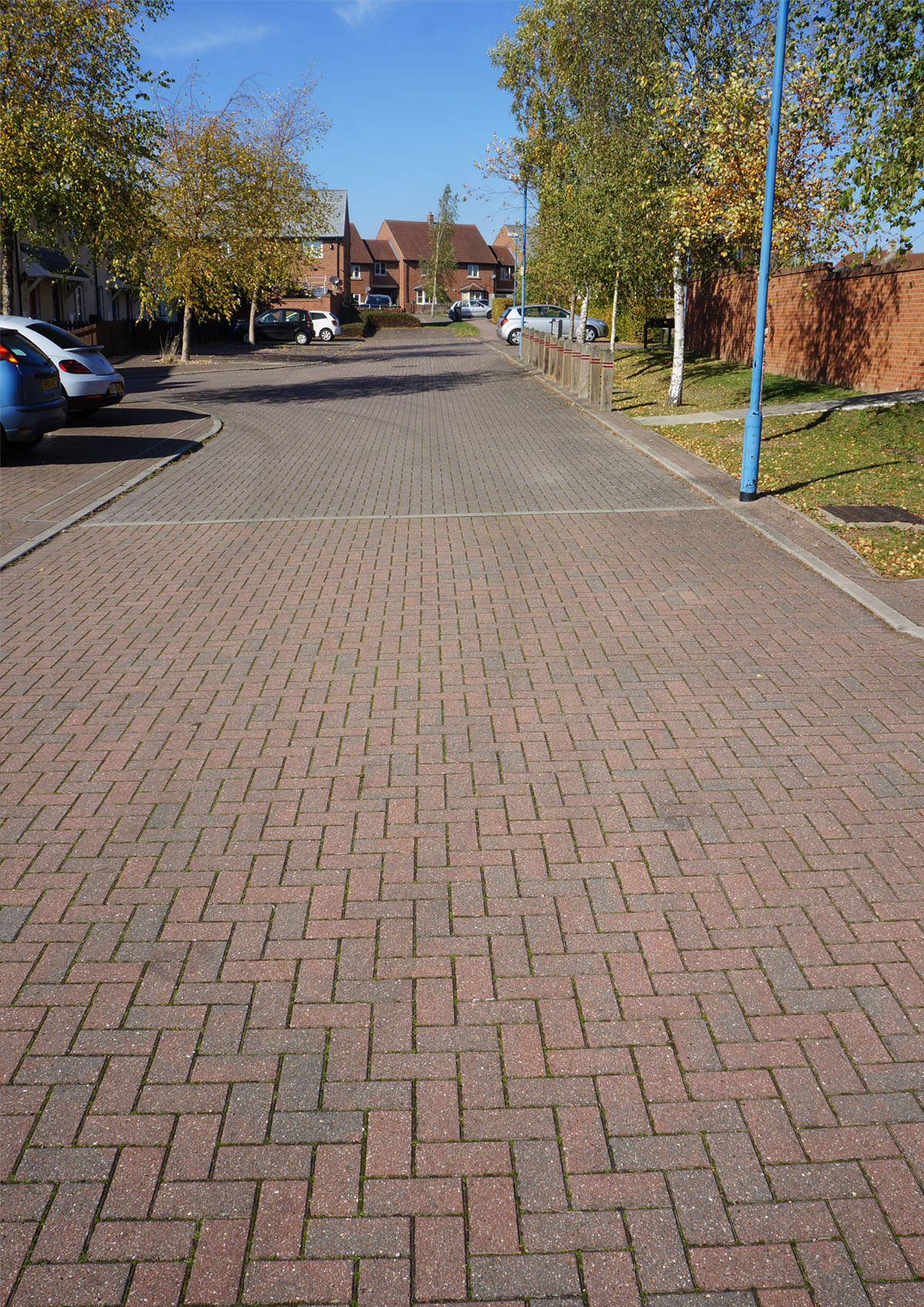 Interpave’s new case study revisits an important monitoring project – after some 13-years of use – which demonstrates that SuDS work over the long-term and should cost less than conventional piped drainage, both initially and in terms of maintenance. It also highlights the robust performance of concrete block permeable paving, with minimal maintenance requirement and lower whole-life costs.

The SuDS scheme at Lamb Drove in Cambourne, Cambridgeshire was designed by Royal Haskoning with Robert Bray Associates and applied to a conventional housing layout. It demonstrates the use of as many SuDS techniques as possible, including concrete block permeable paving, used in combination to form an effective management train. The SuDS Monitoring project measured the performance of the SuDS over time, compared with those of a conventional piped drainage system on another nearby development, similar in size and density.

The Monitoring Report confirms that only limited manual sweeping of the permeable paving has taken place – less maintenance than originally specified. Nonetheless it concludes that: “The permeable pavement infiltration study specifically illustrates the robustness of the performance of this feature to limited maintenance. The infiltration capacity of the permeable pavement is able to adequately cope with the highest recorded rainfall intensity at the Study Site.” Monitoring of pollutants, biodiversity and resident satisfaction is testament to concrete block permeable paving delivering a gradual flow of treated water to open SuDS features further down the management train. 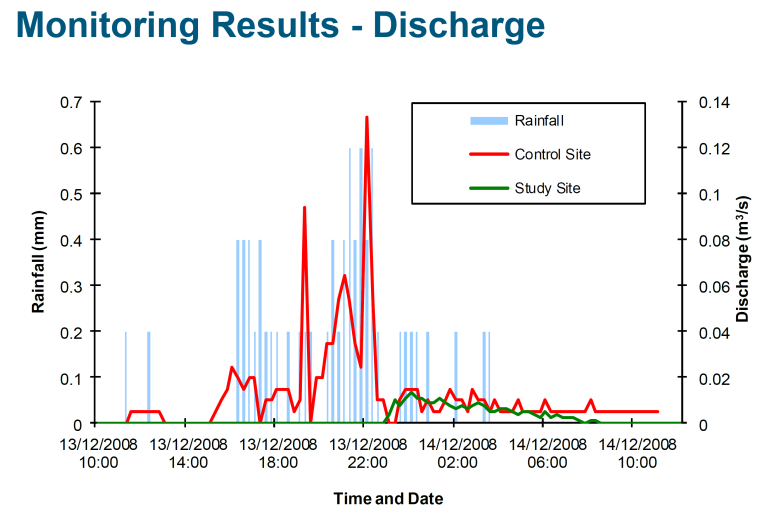 Overall, both capital and maintenance costs – and therefore whole-of-life costs – associated with the Study Site were much lower than those for the conventional piped drainage system Control Site. The Monitoring Report noted capital cost savings of £314 per home and also suggested 20 – 25% lower maintenance costs than traditional drainage on the Control Site. Having said that, further cost savings are unaccounted for in these cost comparisons.

Interpave’s new case study on this Monitoring project, including photos showing how the scheme has developed over time, is now available to download here.

Awards Campus Event Housing NHHS30 Permeable & SuDS Permeable Paving Public Realm SuDS Urban Regeneration
We use cookies to ensure that we give you the best experience on our website. No information is ever shared with any third parties.OkNoPrivacy policy